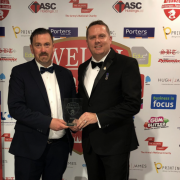 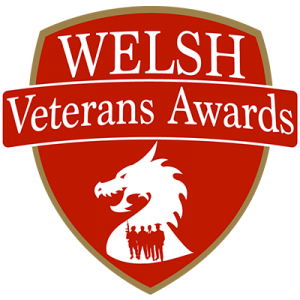 We would like to thank everyone who attended this years Welsh Veterans Awards, held at the Village Hotel and Leisure Club Swansea on 26th June 2019.  The Awards were sponsored by TASC Holdings Ltd and in Support of The ABF The Soldiers’ Charity!

A huge thanks to Brigadier AS Richmond OBE, Head of the Army in Wales and the Commander of 160th Infantry Brigade. The Brigadier kindly spoke at our Awards evening. Thank you to the fantastic Support given by the Corps of Drums of the Royal Welsh, Shenkin IV the Goat Major and of course the 1st Battalion Welsh Guards!

Some of the highlights of the night saw two members of Staff from the Motivational Preparation College for Training (MPCT) pick up Winners Awards and Barry John MBE of VC Art Gallery claim the Community Award, Lifetime Achievement Award and became our First Overall Welsh Veterans Awards Champion!

We would like to take this opportunity to thank all our Shortlisted Finalists remember its you who inspire our future service leavers – Keep an eye out on Facebook for our pictures of the evening  coming soon!